Jordan is a small country located in the Middle East. It contains a wealth of history and culture, as well as beautiful natural landscapes. Some of its landmarks and destinations are well-known and even iconic, such as the “lost” city of Petra and the mysterious desert of Wadi Rum. Here we bring you some of the lesser-known facts about the nation of Jordan.

“Jordan” is not its official name

Technically speaking, the full official name of the country is the “Hashemite Kingdom of Jordan”. However, it is known to most as simply “Jordan”, so it could be said that this is the shortened version of its official name.

It owns a tiny slice of the Red Sea coastline

A quick glance at a map of the Middle East, and you would think that Jordan is a landlocked country. It is sandwiched between several other Middle Eastern countries that border the Red Sea. However, on closer observation, you will see that a tiny piece of Red Sea coastline actually belongs to Jordan. This stretch of beach, found in the south of the country, is just 26 miles long (around 42km). Eritrea claims the biggest stretch of coastline on the Red Sea: 1388 miles. Next comes Saudi Arabia with 1118 miles, then Egypt (932 miles), Sudan (530 miles), Yemen (435 miles), and Djibouti (43 miles).

The coastal city of Aqaba is located on this small piece of coastline, and is a wonderful place for a relaxing beach getaway. Its luxurious resorts, restaurants, cafes, and bars give it a Mediterranean-like atmosphere.

Jordan’s capital city, Amman, is one of the most ancient settlements in the history of human civilization. Archaeologists have found evidence pointing to human habitation as early as the 13th century BC.

Amman is also mentioned in the Bible, where is it referred to as “Rabath Ammon”. It also contains evidence of more recent civilizations, relatively speaking, for example the Greeks, Romans, and Umayyads. 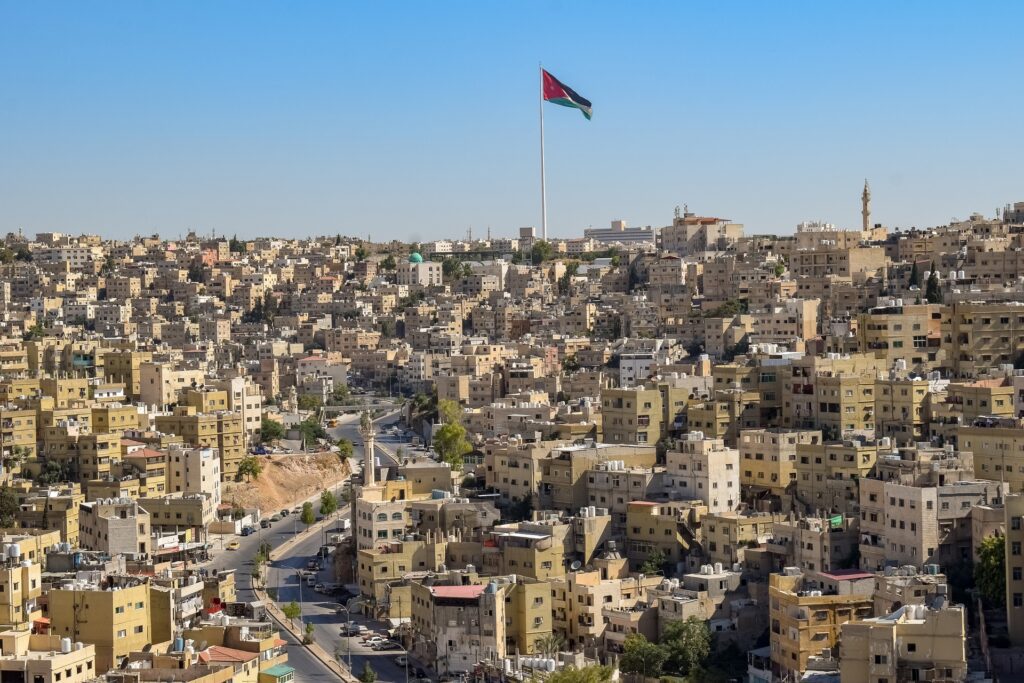 Amman was once called Philadelphia

Another interesting fact about Jordan’s capital is that it was once known as “Philadelphia”. The name came from the Egyptian pharaoh Ptolemy Philadelphus (283-246 BC). He rebuilt the city before it was conquered by the Romans.

Jordan is home to some remarkable natural landmarks

Besides its wealth of culture and history, Jordan is also home to a range of beautiful and unique natural phenomena. Wadi Rum’s vast dusty plains are haunting and beautiful, with fascinating rock formations and deep gorges.

Wadi Mujib is another remarkable natural feature: a canyon 500 metres deep and 4 kilometres wide. Streams and rivers of differing depths are found all along the canyon floor.

Another unique natural landmark found in Jordan is the Dead Sea. At 420m below sea level, this is the lowest dry point on earth.

Due to its huge significance throughout human civilization, Jordan contains a wealth of historical and cultural importance. It is also home to beautiful natural landscapes. There are five official UNESCO World Heritage Sites in Jordan. A World Heritage Site is recognised by the UNESCO World Heritage Convention as a place of important natural or cultural heritage. Petra and Wadi Rum are two of the more famous World Heritage Sites found in Jordan. The other three are: Quseir Amra, an 8th century desert castle; Um er-Rasas, an ancient Roman archaeological site; and Al-Maghtas, also known as “Bethany beyond Jordan”, believed to be the place where Jesus was baptised.

Each colour on Jordan’s flag has a special meaning

The flag representing the nation of Jordan comprises three horizontal rectangles in black, white, and green. A red triangle is found on the right-hand side, with a white seven-point star in the centre.

Each point on the star represents a verse of the opening seven verses of the Qur’an, the Holy Book of Islam.

The flag was officially established as the flag of Jordan in 1928, on April 18. 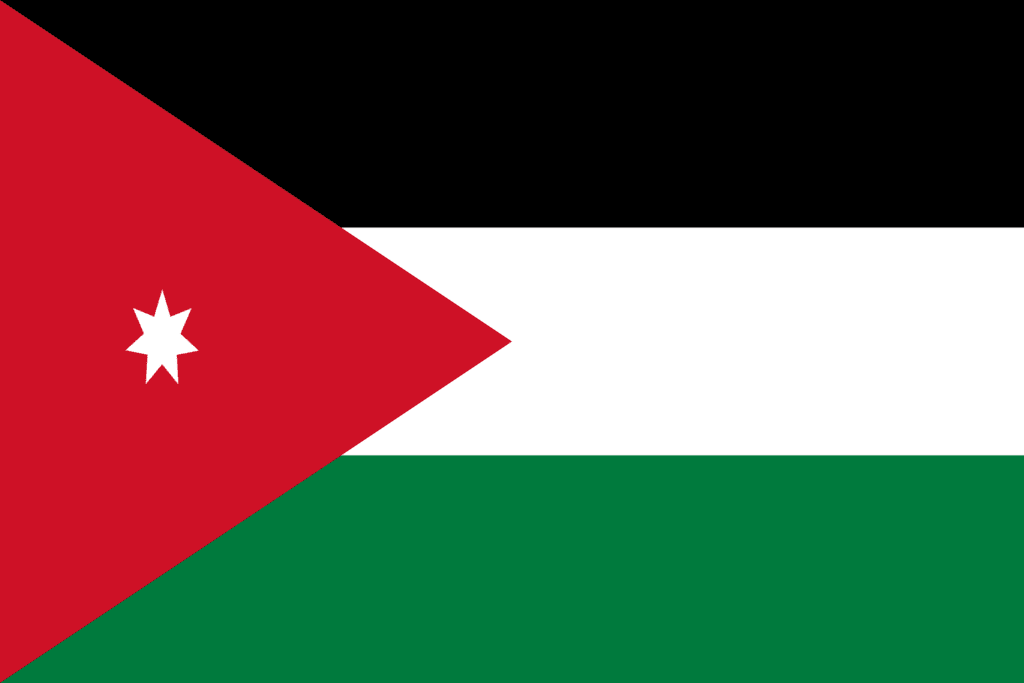 You can walk through the entire country from north to south

Do a hike through a whole country! The Jordan Trail allows you walk from the north to the south of Jordan on foot. 402 miles (about 647km) long, it stretches from Um Qais in the north to Aqaba in the south. It takes about 40 days to complete, so this is definitely not one for amateurs! It is made up of 8 different sections and goes past famous landmarks such as Petra and Wadi Rum.

Jordan is a Hollywood star

Even if you haven’t been there physically, chances are that you’ve seen some of Jordan’s iconic destinations before: on the big screen! Its unique landmarks have been used as a location/backdrop in many films, some of which belong to very famous franchises.

The Khazneh (Treasury) at Petra famously featured in Indiana Jones and The Last Crusade. The magnificent rock-carved façade played the part of the place where the hero’s holy grail rests.

Elsewhere in Jordan, the breathtaking desert landscape of Wadi Rum has also featured in several famous films. This remote and otherworldly location can be seen in films such as Lawrence of Arabia, The Martian, and Rogue One: A Star Wars Story.

The national dish is called mansaf

The national dish of Jordan is a lamb and rice dish known as mansaf. The lamb is cooked with a special sauce made with yoghurt and spices, known as jameed. The lamb is served with the rice (or sometimes bulgur) on a big traditional Bedouin platter. Mansaf is popular in many other countries in the region, but is specifically considered to be the national dish of Jordan. 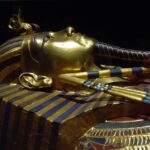 The Ultimate Guide to the Opening of the Grand Egyptian Museum 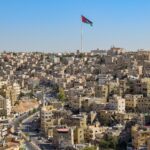 The Best Festivals In Jordan 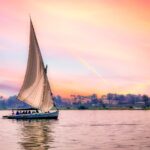 5 Interesting Facts About the Nile River 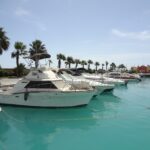 5 Of the Best Things to do in Hurghada 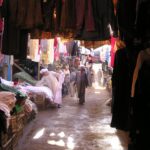 7 Tips for Shopping in Egypt 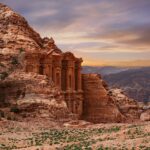